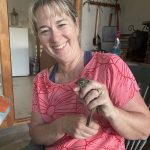 Susan’s interest and wonder for the natural world began in her youth, so together with her dream to be a teacher, she naturally studied Zoology and Environmental and Geographical Science; loved the studying and Zoology so much that she continued with an Honours Degree, then completed a Higher Diploma in Education, all at UCT.  Teaching Biology, Natural Science and Geography at a time when South Africa’s education system went through a major overhaul was challenging and exciting, and eventually balancing a more than fulltime job and a young family brought on a change in direction.  Sue taught extra lessons, did a term or two of relief teaching, and became more involved in volunteer work initially as a Volunteer Guide at the Two Oceans Aquarium, and then wanting to be able to be more involved in local initiatives in terms of environmental education and public involvement in conservation, joined WESSA Western Cape Committee. As committee member, Vice-Chair then Chair, until her resignation from the committee in 2019, Sue’s focus was to encourage and develop WESSA members and Friends Groups to become Citizen Scientists, and so her relationship with the Animal Demography Unit and then the BDI began in earnest.

In the interim, Susan and her husband Richard, bought a farm outside Montagu on the Ouberg Pass – their little piece of the Klein Karoo.  This led to Susan tackling an M.Phil in Wildlife Management (University of Pretoria) in order to learn a little about allowing the farm to recover from a hundred years of sheep, goat and other agricultural activities, and conserve as well as rehabilitate this botanically diverse unusual landscape. Ouberg Private Nature Reserve has hosted a few University of Stellenbosch students to undertake their research projects, as well as a couple of senior students who have used the reserve as one of their study sites.  It is also proudly the Little Karoo site of BDI BioBashes.

Susan is an active contributor to the Virtual Museums, a keen birder, and loves traveling – wild and woolly rules, but she also enjoys learning about other cultures through travel – 6 continents visited, always with binoculars and a camera, documenting what she observes, because she loves lists and telling/showing (read “the need to learn and teach about our natural heritage”) people about life on our, as far as we know, unique planet Earth. 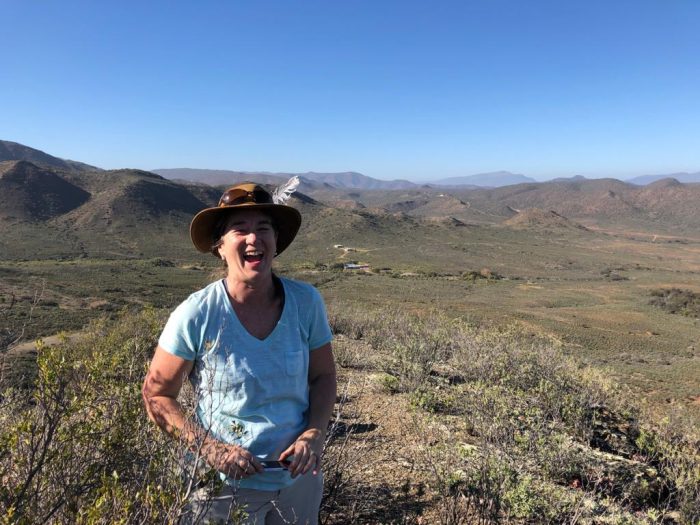