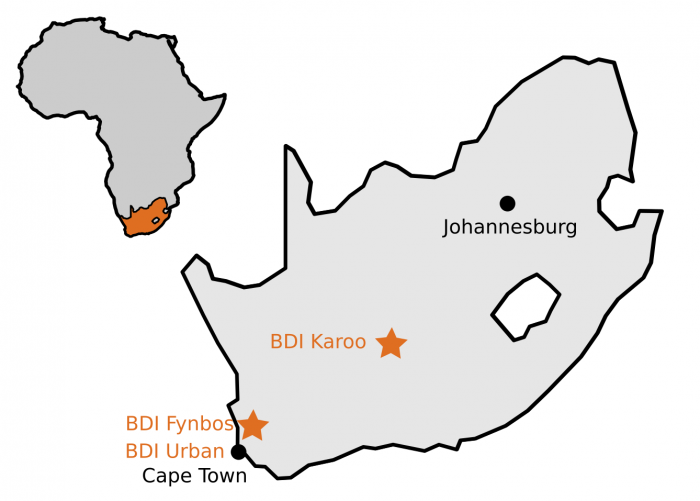 The Biodiversity & Development Institute has a network of study sites and collaborators in South Africa where students can conduct research projects and internships. We have two main focal regions: the Fynbos Biome in the Cape Floristic Region around Cape Town (a biodiversity hotspot and centre of endemism), and the Nama-Karoo Biome in the dry southwestern part of South Africa. 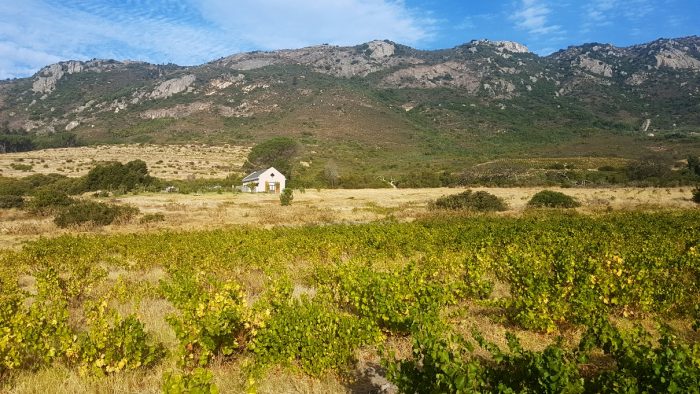 The Fynbos Biome is part of the global Mediterranean Biome and the Cape Floristic Region. The Cape Floristic Region contains 9000 plant species (44% of the plant species in southern Africa, covering only 4% of the area), of which 69% of the species are endemic. A major threat to this region is habitat transformation, particularly agricultural conversion (to vineyards, orchards, and pine plantations), and urban sprawl.

Within the Fynbos Biome, the BDI conducts research in the greater metropolitan area of Cape Town. This study site is rather unique in being an urban area within one of the most bio-diverse regions in the world. There is huge scope for conducting research on reconciliation ecology, restoration ecology, and environmental sociology at this site. The site has the added benefit of having a large community of citizen scientists who can be engaged in these issues. 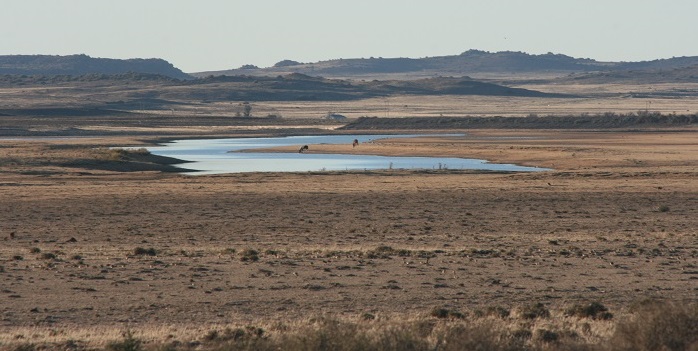 The Nama-Karoo Biome has, by contrast, relatively low species diversity and endemism, with 2147 plant species covering about 30% of the southern African region. While most of the natural vegetation in the Biome has not been transformed to crops, dams, or human settlements, 60% of the region is thought to have severely degraded soils and vegetation, with the dominant land uses being livestock ranching and game farming. Only 0.7% of the Biome is formally conserved by the national or provincial government. Other areas are conserved through private land ownership. Major threats in the region include overgrazing and invasive species (including species that have historically been intentionally introduced for economic reasons). This biome covers a large portion of South Africa, has scanty formal conservation, has multitude of threats, and is increasingly vulnerable to climate change – it is thus critical that more biodiversity and conservation research be done here.

You can learn more about our research themes here, or logistics here. For specific project information you can visit our intranet.

Enquire about availability for a research project or an internship here.