On Sunday morning, 5 May 2019, the grid cell “Yzerfontein” had 15 BirdPix* records for 12 species. This called for an intervention! In the form of a morning’s expedition. (* BirdPix is a citizen science project building a photographic bird atlas of Africa, and the data will supplement that of the African Bird Atlas Project.) 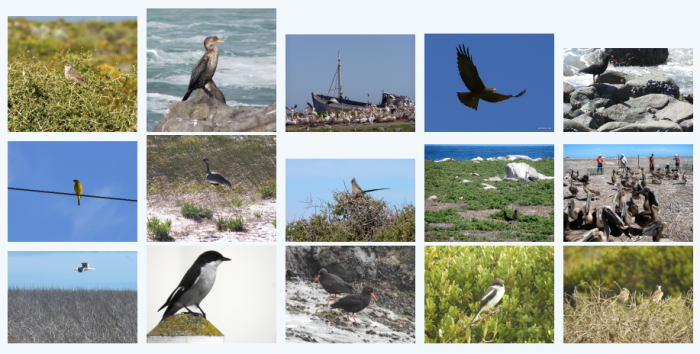 Here are the thumbnails of these 15 records arranged as a collage! Most of them are from Dassen Island, which falls within this grid cell. So there was lots of scope to add species from the mainland! 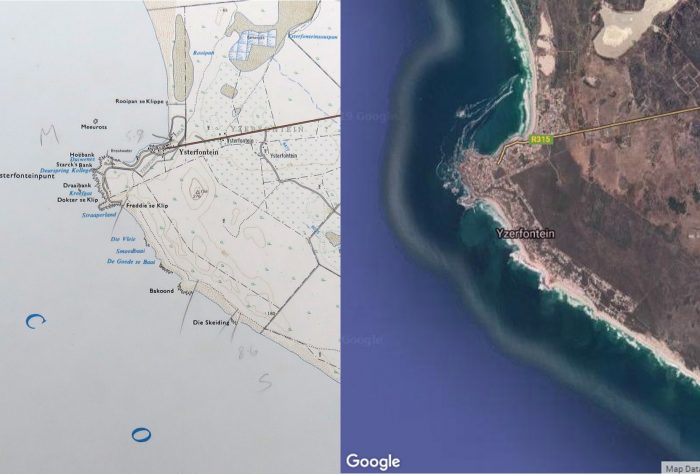 To a 72-year old arriving in Yzerfontein in 2019, the most striking thing about the place is how much it has grown. The map on the left is the 1:50,000 map which we used when the Western Cape Wader Study Group did the surveys of wader populations along the coastline in the 1970s. The pencil lines mark the count sections used in the surveys. The village, then officially called Ysterfontein, is tiny. The longest length of the village is shorter than the length of the name on the map. The 2019 Google satellite image shows the massive expansion of the built-up area. It’s now a small town, with supermarkets. A shopping mall is on the way! 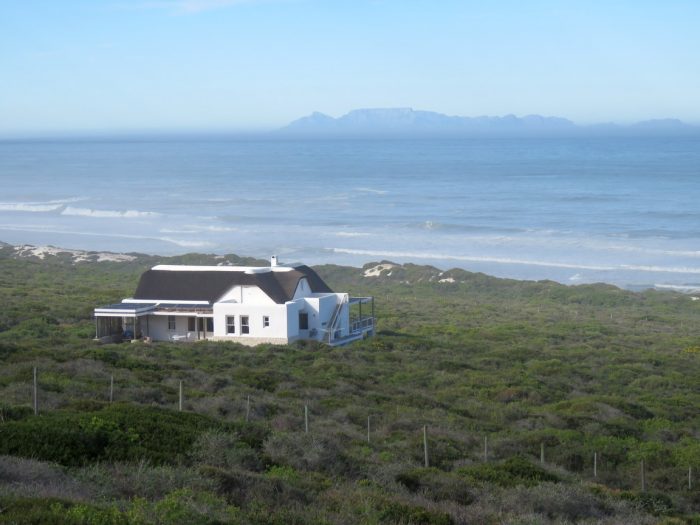 It’s not hard to understand the attraction. The view south towards Table Mountain is pretty stunning.

For some bird species, the development provides new opportunities. For example, … 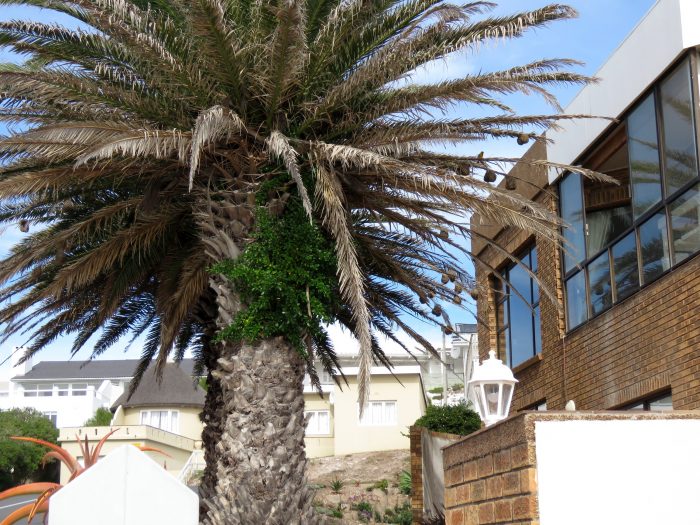 … palm trees in the gardens provide breeding opportunities for Cape Weavers. With the natural coastal vegetation, there would be no weavers here. This colony is curated in PHOWN (PHOtos of Weaver Nests) at http://vmus.adu.org.za/?vm=PHOWN-28432. 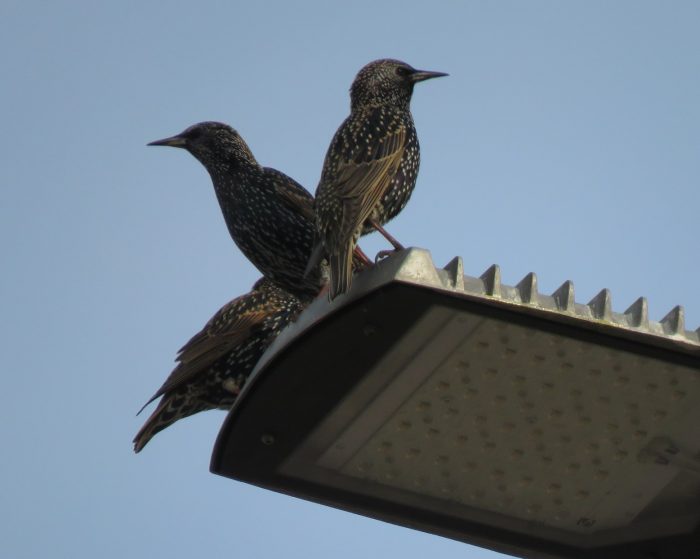 … the Common Starlings feature as the commonest species, ubiquitous within the built up area (http://vmus.adu.org.za/?vm=BirdPix-77396). 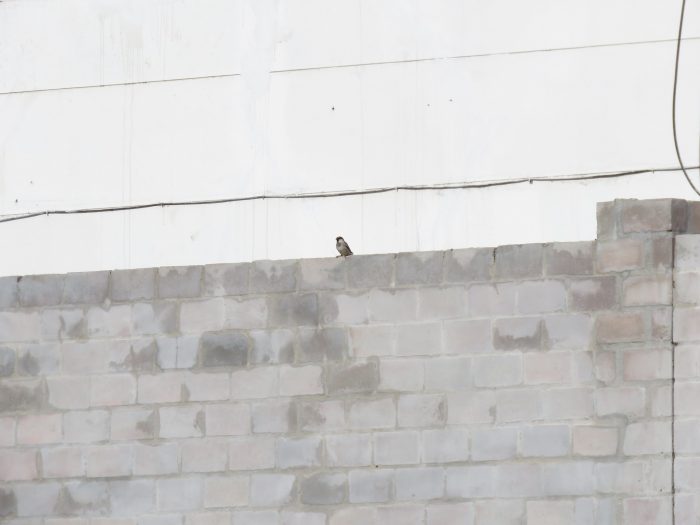 … and in these new towns, the place to search for House Sparrows (http://vmus.adu.org.za/?vm=BirdPix-77385), is around the food outlets: restaurants, petrol stations, supermarkets … the prime place to look is along the back walls … the other side of the wall is where the rubbish gets hidden out of sight. The remainder of the standard menu of suburban species, such as Red-eyed Doves, Laughing Doves, Cape Bulbuls, Cape Sparrows, Common Fiscals and Cape Wagtails, are encountered frequently. 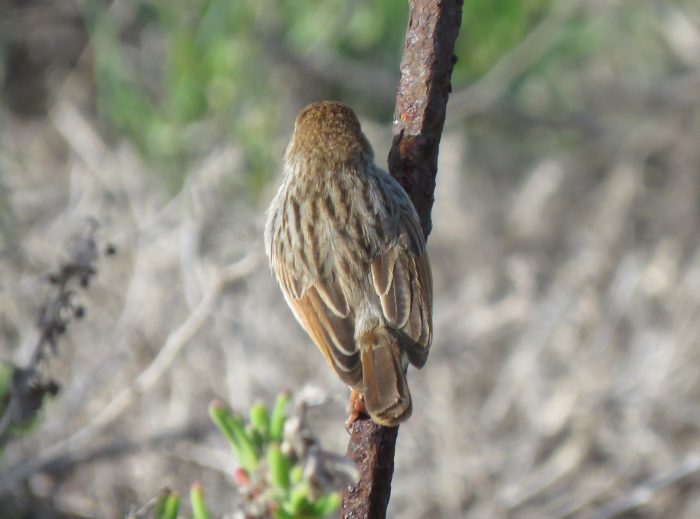 At some stage in the future, this Grey-backed Cisticola (http://vmus.adu.org.za/?vm=BirdPix-77410) will lose its home to the development staked out by this steel peg.

But the town layout contains a fair amount of open space. This will preserve corridors of natural habitat, and many species of birds will persist in them. 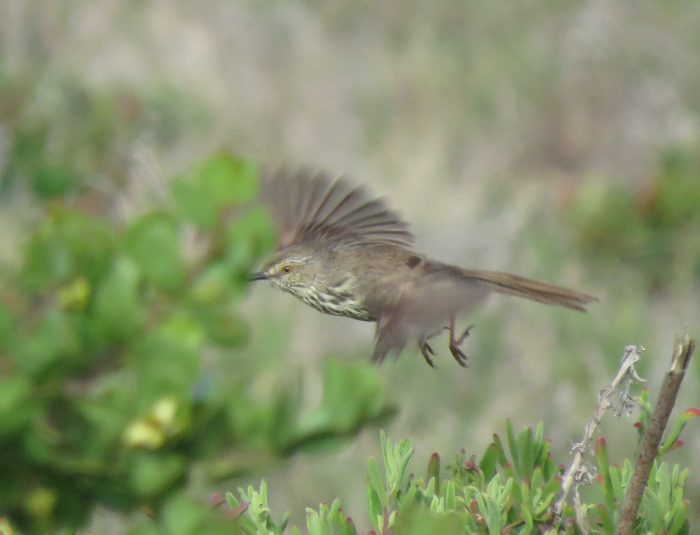 Karoo Prinias (http://vmus.adu.org.za/?vm=BirdPix-77408) seem comfortable living in close proximity to people. And so do … 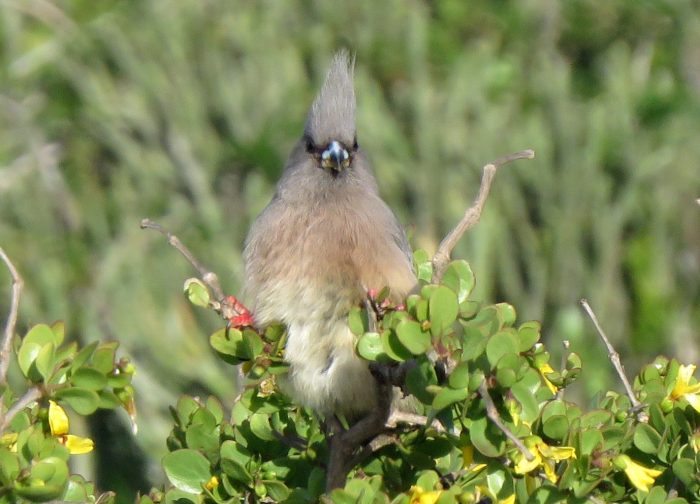 … White-backed Mousebirds (http://vmus.adu.org.za/?vm=BirdPix-77405) … which benefit from the shrubs in gardens which produce fruits and berries. 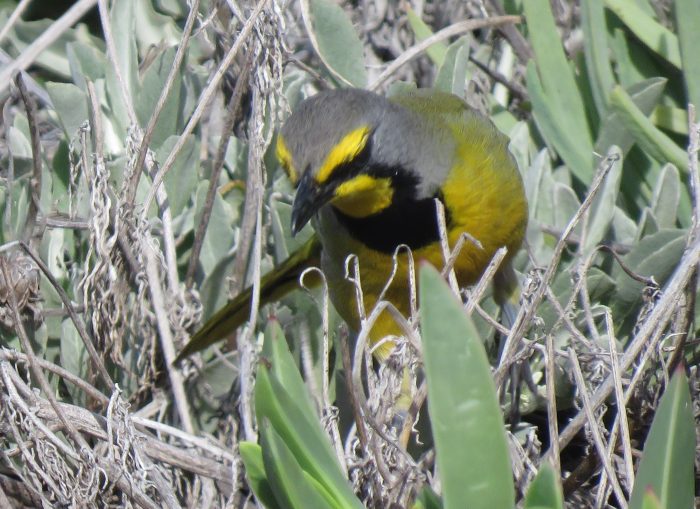 It seems likely that the duets of Bokmakieries (http://vmus.adu.org.za/?vm=BirdPix-77413) will remain part of the dawn chorus within the town of Yzerfontein. 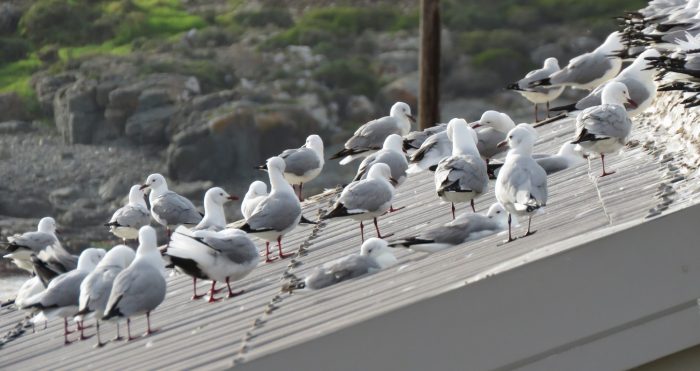 In a coastal town in the Western Cape,  such as Yzerfontein, there is often a gathering place for Hartlaub’s Gulls (http://vmus.adu.org.za/?vm=BirdPix-77382). In Yzerfontein, the roof of NSRI Station 34 was the scene of action. It is worth searching through a flock like this for Grey-headed Gulls. A vaguely grey hood – there are at least two in the photo above – is not enough. Grey-headed Gulls have distinctly whitish eyes and the eyes of Hartlaub’s Gulls are dark brown, almost black. The careful scrutiny of the gulls revealed … 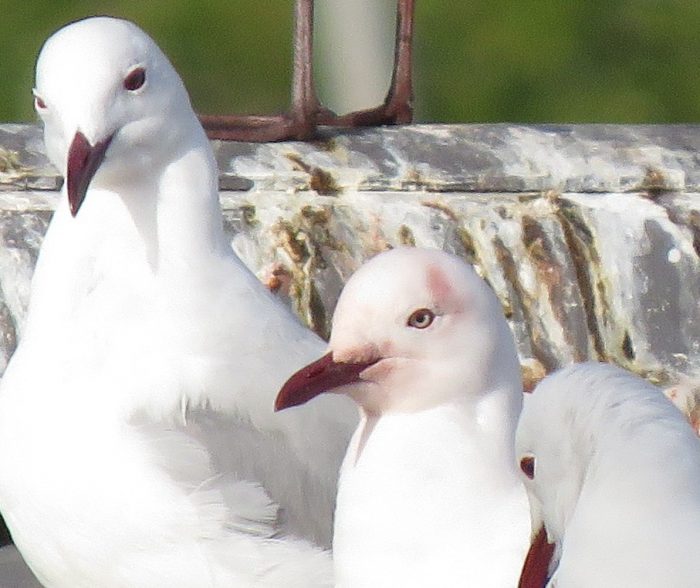 Yzerfontein, superficially, is a peaceful coastal town. But dressed in black, and openly displaying their red dagger-shaped weapons, here are the Yzerfontein hooligans. This is just part of the flock of frustrated bachelors and spinsters; there were about 30 in total. These are adolescent and young adult African Black Oystercatchers (http://vmus.adu.org.za/?vm=BirdPix-77391). Their sole objective in life is to disrupt the lives of established breeding pairs along the coastline. The establishment of these flocks is evidence of an “over-production” of oystercatchers in recent decades. This, in turn, is a consequence of the invasion of their range of the Mediterranean mussel Mytilus galloprovincialis which grows faster and higher up the intertidal than the indigenous mussel which it has replaced. It is not much fun being an adult oystercatcher on the coastline these days. Either you are frustrated because you don’t have a mate or a territory. Or you spend your life keeping an eye on your mate, and warding off attacks by the hooligans. 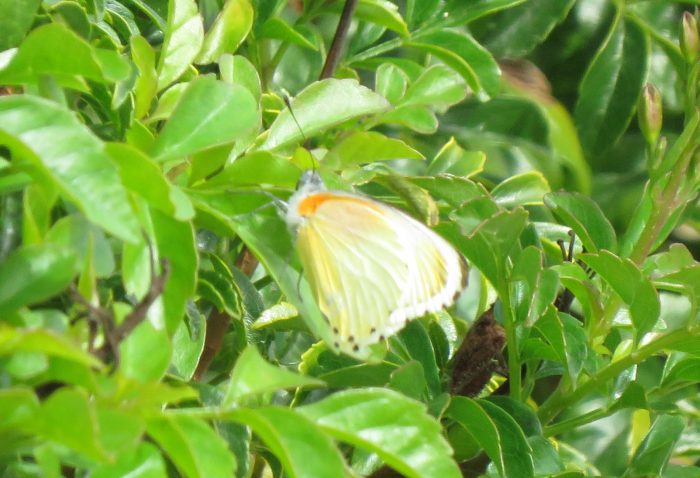 I was alert to opportunities to contribute to other sections of the Virtual Museum. A lizard basking in the sun, or a snake squashed on the road, is a ReptileMAP opportunity. The dragonflies in the stream that passes under the road can be OdonataMAPped. A family of dassies sunning themselves on the rocks can go into MammalMAP. Butterflies are usually a big challenge; but this Common Dotted Border was very co-operative. The photo is not all it could be, but it is good enough for a positive identification (curated at http://vmus.adu.org.za/?vm=LepiMAP-682293).

At the end of a morning full of fun and interest, the number of BirdPix records increased from 15 to 67, and the number of species from 12 to 39. I created quite a few duplicates by including records of the same species both for the agricultural sector of the grid cell, and for the built-up area. The collage of thumbnails for the grid cell 3318AC Yzerfontein has improved from the one at the top of this blog to the one below, at the end!

You can get the map of the grid cell and the full list list of the BirdPix species (possibly updated) by going to http://vmus.adu.org.za/vm_locus_map.php?vm=birdpix&locus=3318AC. You can create the collage below by clicking on “Records for 3318AC” and then clicking on “Display thumbnails only”.

[The collection of PHOWN records for the grid cell is pretty intriguing, with nests on telephone lines and satellite dishes! See http://vmus.adu.org.za/vm_locus_map.php?vm=phown&locus=3318AC, and click on “Records for 3318AC.]