The Blue Emperor Anax imperator is a large species of hawker dragonfly of the family Aeshnidae, averaging 78 mm in length.

Link to the OdonataMAP record which contains the above photograph (by Corrie du Toit) of a Blue Emperor. The map below shows the distribution of records for Anax imperator in the OdonataMAP database, as at January 2020. 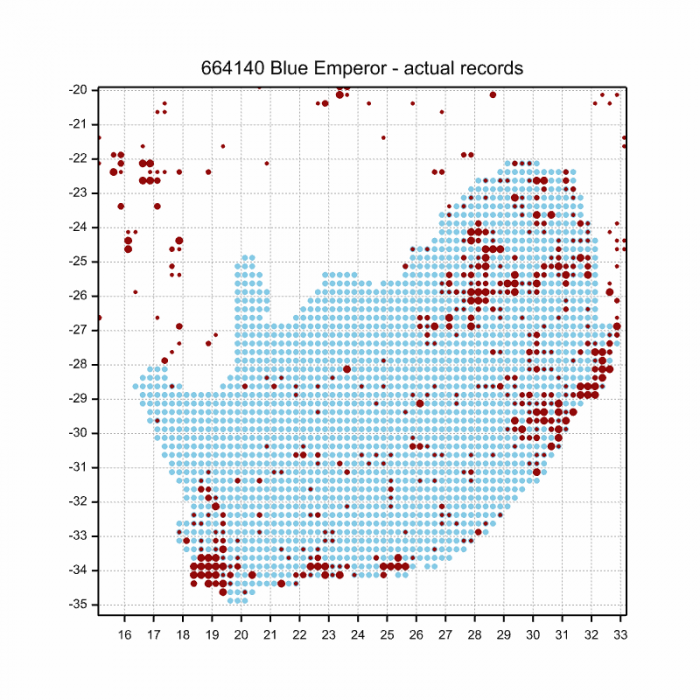 Use this link to embed this map of distribution records in OdonataMAP: http://thebdi.org/wp-content/uploads/2020/01/664140-Blue-Emperor-actual-records.png

The map below is an imputed map, produced by an interpolation algorithm, which attempts to generate a full distribution map from the partial information in the map above. This map will be improved by the submission of records to the OdonataMAP section of the Virtual Museum 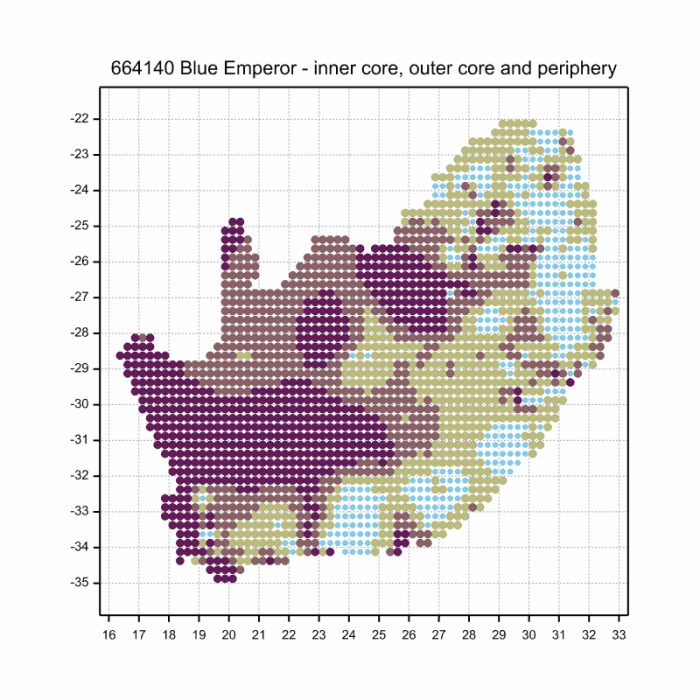 Use this link to embed this imputed distribution map: http://thebdi.org/wp-content/uploads/2020/01/664140-Blue-Emperor-inner-core-outer-core-and-periphery.png 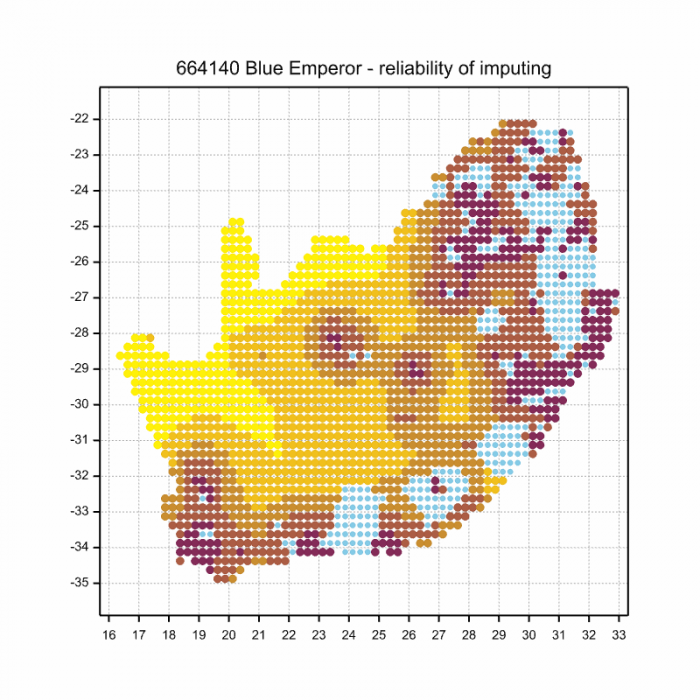