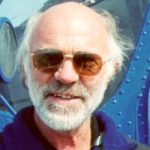 Prof Les Underhill was Director of the Animal Demography Unit (ADU) at the University of Cape Town from the year it started in 1991. Although citizen science in biology is Les’s passion, his academic background is in mathematical statistics. He was awarded his PhD in abstract multivariate analyses in 1973 at UCT and what he likes to say about his PhD is that he solved a problem that no one has ever had. He soon grasped that this was not the field to which he wanted to devote his life, so he retrained himself as an applied statistician, solving real-world problems. He climbed the academic ladder from Lecturer to Professor in the Department of Statistical Sciences at UCT. Since his retirement, he has been a Senior Research Scholar. Gradually the application of his statistics narrowed to problems in biodiversity and this took him into the field of statistical ecology. The initial research focus of the ADU was on birds, starting with the first bird atlas project; it rapidly broadened to cover other groups such as mammals, butterflies, frogs, fish, reptiles and dragonflies. This millennium, Les has supervised or co-supervised 22 MScs and 30 PhDs, and mentored 17 post-doctoral fellows.

The word cloud reproduced below shows that he was the most prolific author of papers on birds in Africa for the period 1990–2016 (Colin Beale, Ostrich, 2018). He has a collection of five gold medals: Herschell Medal of the Royal Society of South Africa (1999), SANCOR Gilchrist Memorial Medal for contributions to marine science (2002), Oppenheimer Memorial Fellowship (2012), BirdLife South Africa’s Gill Memorial Medal for a lifetime of outstanding service to ornithology (2017) and the Molteno Medal of the Cape 300 Foundation for his applications of statistics in the biological sciences, particularly ornithology and ecology (2019).

Google Scholar's profile for Les provides a pretty accurate and up-to-date list of publications. Click here. You can find his CV here. 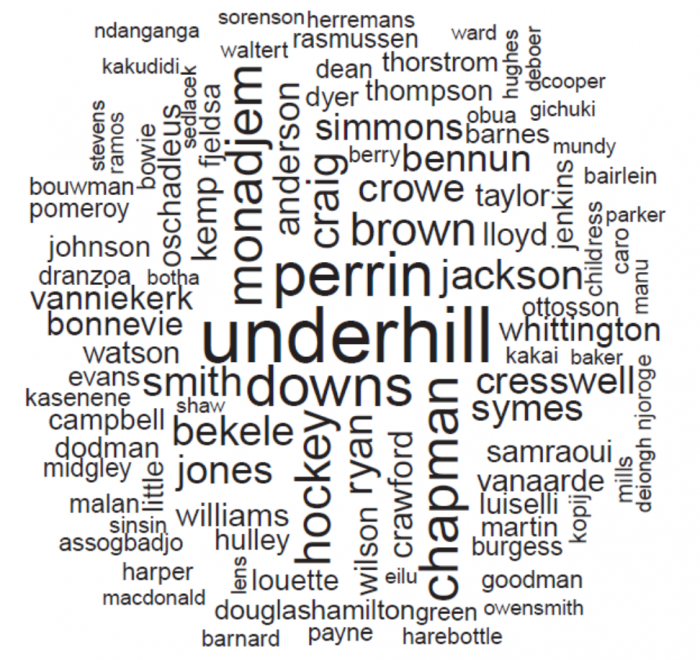 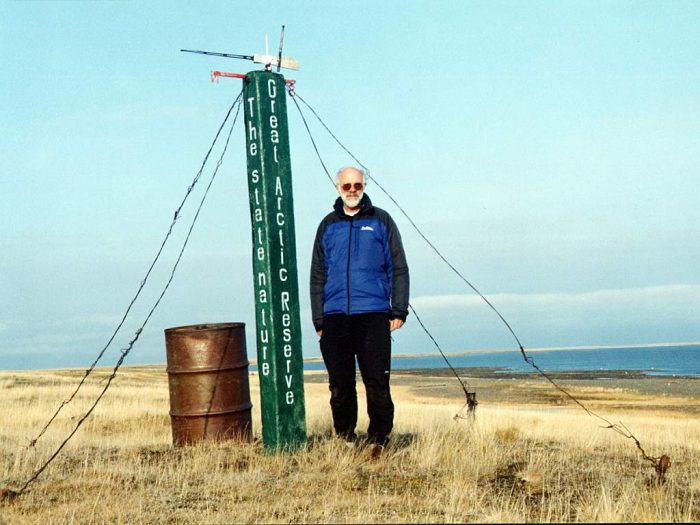 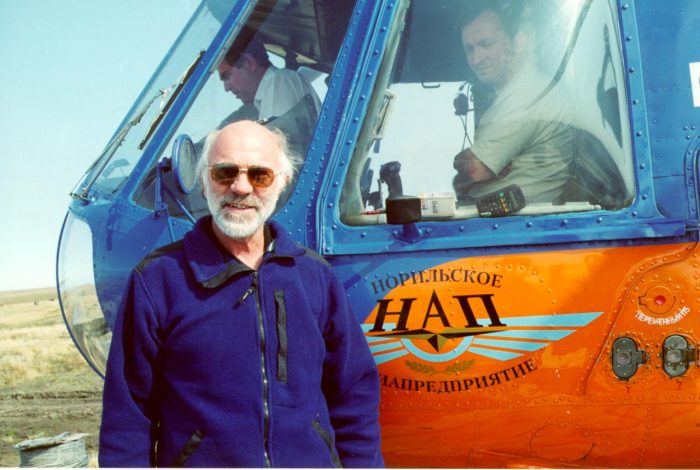