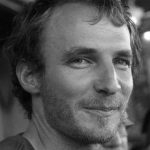 Pete is a director of the Biodiversity and Development Institute and a quantitative ecologist (in other words, he likes the idea of being outdoors but spends his time tethered to a computer playing with numbers). He is also a Claude Leon Foundation Post-doctoral Fellow at the University of Cape Town, and the Deputy Director of the Mogalakwena Research Centre. He has a background in spatial and animal movement ecology, human-wildlife conflict, disease ecology, and behavioural endocrinology. His current work focuses on Darwinian fitness and how to measure it in wild populations.

When Pete is not working on his computer tan, he can be found backpacking and trail running. By introducing friends and hapless bystanders to Dutch Blitz (a card game), Pete is directly responsible for the collective loss of innumerable productive hours to society. It is rumoured that in his youth, Pete once went to a Halloween party as the Tooth Fairy's alopecious cousin, the Mullet Fairy. By karmic twist of fate, Pete's hairline is now receding.