Birds are simple. So are dragonflies. If you are looking for one of life’s tougher challenges then volunteer to help with the identification of the moths in the LepiMAP section of the Virtual Museum. In reality, birds and dragonflies are NOT that simple! But in comparison to the moths, they are.

Moths are hard because there is not yet a proper field guide called the Moths of Southern Africa (and we are a long way away from the Moths of Africa). Moths are especially hard because the taxonomy is still unstable. DNA analysis is revealing that the relationships between genera and families are not what we thought they were. And moths are horridly hard because there are so many species, with 7,000 described for South Africa alone, and an unknown number undescribed. Globally, it is thought that there are around 160,000 species of moths, about 16 times more than the number of bird species.

During 2018, the key people on the expert panel for moths within LepiMAP were Quartus Grobler in East London, Kate Braun in Swaziland, and Johan Heyns in Heidelberg in Gauteng. Towards the end of the year, Rolf Oberprieler, now in Australia, and a global authority on the Saturniidae, the family that includes the emperor moths, joined the expert panel. We are hugely grateful to them as the tackle one of the toughest tasks associated with the Virtual Museum. We asked Quartus, who did more than 4000 identifications in 2018, to select a few of the submissions that he especially enjoyed interacting with. Here are the four he chose. 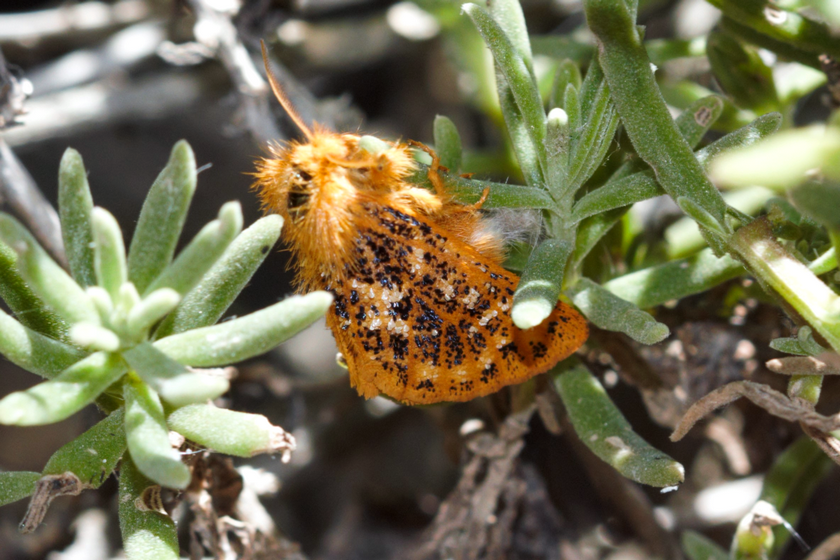 This moth is Knappetra arenacea in the Family Lymantriidae.  Quartus chose this moth because it is the very first record of this species in the LepiMAP database (http://vmus.adu.org.za/?vm=LepiMAP-660635). Only a few hundred moths were “named” by Carl Linnaeus (1707–1778), the founder of modern taxonomy. This species, probably endemic to the Western Cape, was one of them. Carl Linnaeus was the person who invented the “binomial” system of naming plants and animals. Starting in 1735,  with a 12th edition completed in 1768, he catalogued and gave binomial names to about 6,000 plants and 4,000 animals. That’s an impressive life’s work, but in relation to the 1.3 million species with names by 2018 (out of an estimated 8.7 milliion on the planet) Carl Linneaus only got to name a minuscule fraction. So Knappetra arenacea got lucky!

This photograph was taken by Fanie Rautenbach, just inland of one of the beaches near Milnerton, Cape Town, on 21 October 2018. He comments: “I have seen this orange moth flying around for a few years now on the west coast side of Cape Town but was never able to get a photo. They are always flying and never seemed to go and sit. This particular day I was lucky because it was very windy. So I saw this one dive into a bush and was able to take a photo for LepiMAP.” Now Fanie is a very important person within the LepiMAP community because he is the expert panel member who does the overwhelming majority of the identifications of butterflies. He did 17,447 in 2018, and has done 57,609 in total. So it is fantastic that Quartus picked one of Fanie’s records, and has given us this opportunity to celebrate his contribution. 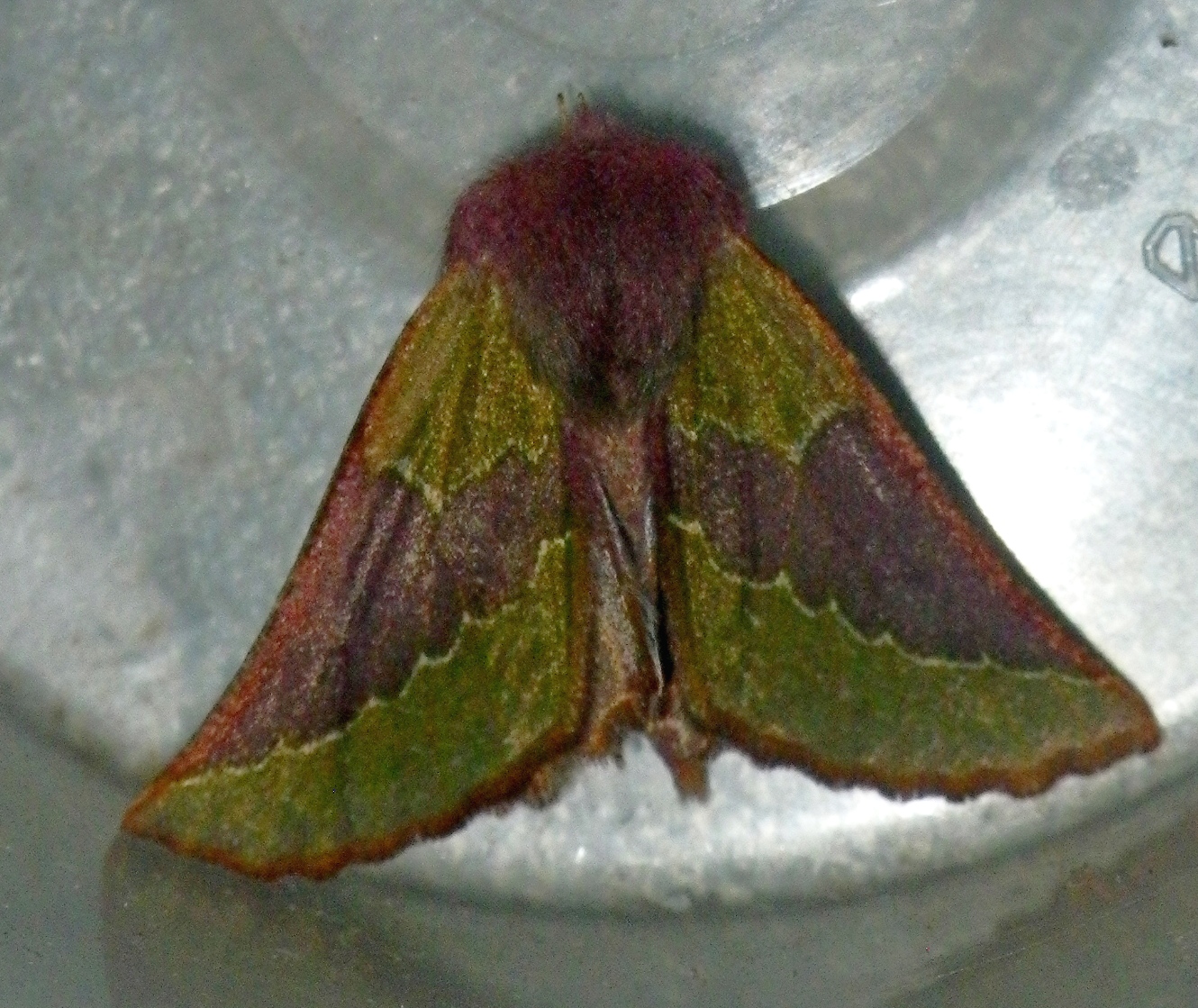 This Wimbledon-coloured moth is new to science. It is a new species within the genus Drepanogynis in the family Geometridae, the “inch worms”.  This genus already has about 150 species, most of them occurring in southern Africa.  This new moth has been recorded by only a single LepiMAPper, Altha Liebenberg, in the little village of Danielskuil, in the Northern Cape, west of Kimberley. And Altha has recorded them in every year, except one, and they appear during a short period in May! In 2018, it was recorded on 28 May (http://vmus.adu.org.za/?vm=LepiMAP-649429).

With around 10,000 records, Altha Liebenberg is the top contributor of moths to LepiMAP. A large proportion of these have been collected at Danielskuil. This set of records presents the most amazing opportunity for research. As a citizen scientist, Altha has collected data systematically, throughout the year, since the beginning of 2013. Out of this block of data there is a fantastic scope to investigate topics such as the seasonality of occurrence of species at a single location, and how this varies with rainfall and temperature. Quartus’s choice of this record gives us the opportunity to celebrate Altha’s outstanding contribution to the Virtual Museum. If there is a budding entomologist who is interested in this opportunity, please contact us. 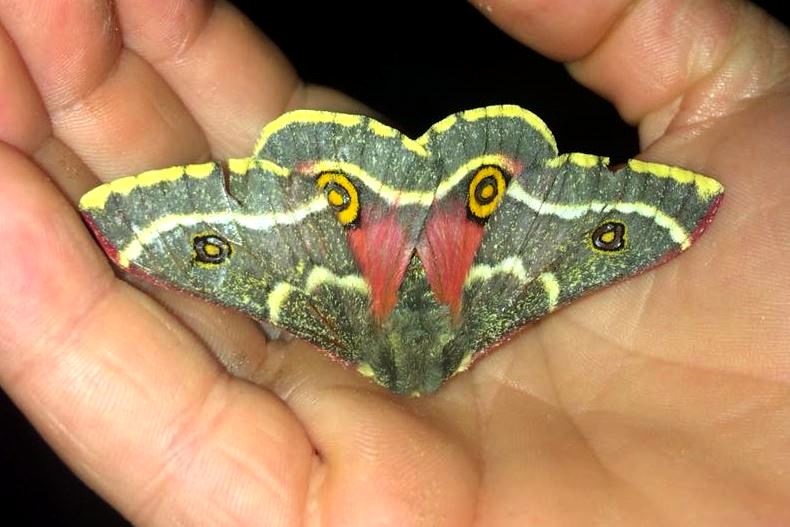 This is the first record of this moth in LepiMAP. It is Vegetia dewitzi, from the family Saturniidae, the emperor moths. It has been recorded in South Africa and Namibia. There are four species in the genus Vegetia and they all seem to be confined to only these two countries. This photograph was submitted by Zenobia van Dyk but was actually taken by her cousin Ninon du Plessis, on a farm in the Victoria West district of the Northern Cape (http://vmus.adu.org.za/?vm=LepiMAP-640827). This is one of only two records in LepiMAP for grid cell 3123BA. Zenobia is in the top echelon of Virtual Museum contributors, with 3099 records submitted. Her records come from an area where there are few citizen scientists: the northern end of the Western Cape, the southern end of the Northern Cape and the northwestern corner of the Eastern Cape. 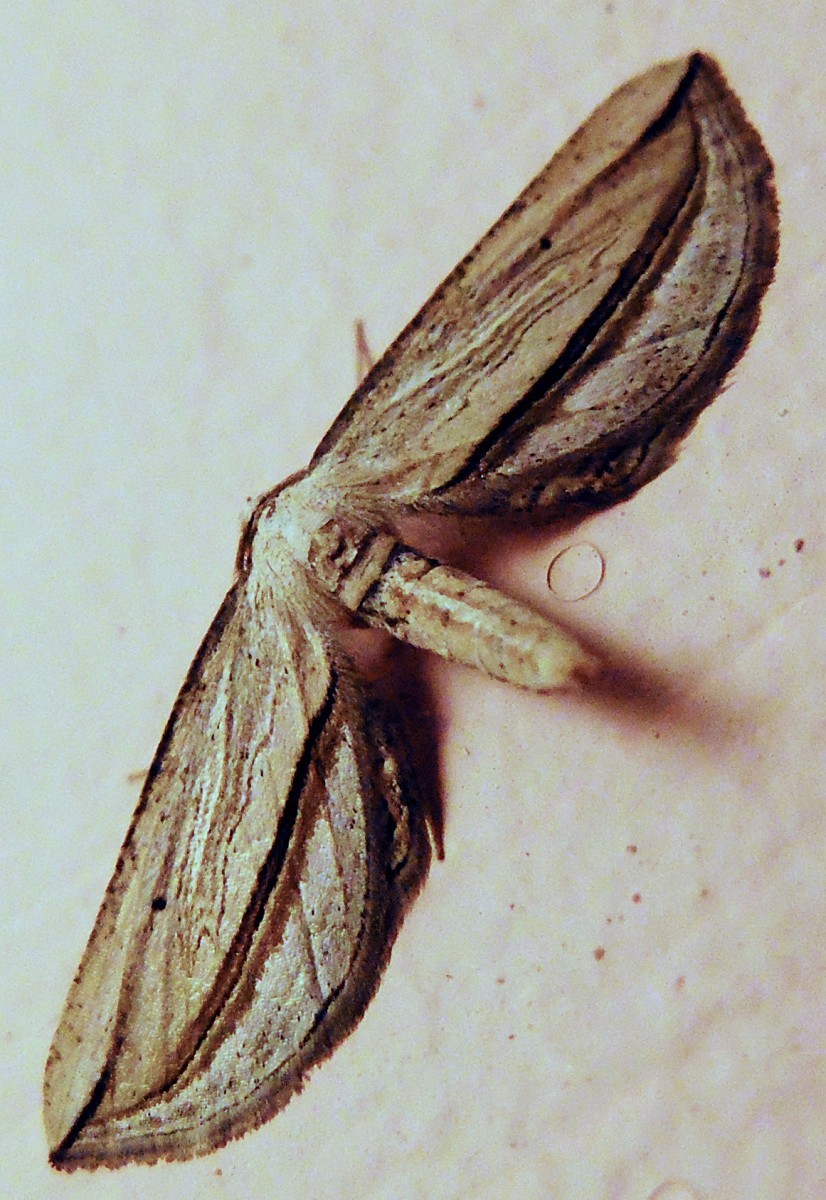 There are two records of this moth in the LepiMAP data, both uploaded by James Harrison from the same locality in Riebeeck East, Eastern Cape, and only 10 days apart, during April 2018. This record is curated as http://vmus.adu.org.za/?vm=LepiMAP-645787. This moth is Hebdomophruda apicata in the family Geometridae.

It is a great serendipity that Quartus selected one of James Harrison’s records. For it was James who invented the concept of the Virtual Museum. In 2005, SANBI had awarded a contract to undertake the “reptile atlas” to the Animal Demography Unit, with James as Project Manager. One of the conditions of the contract was that there had to be a “citizen science” component to data collection. It was quite hard to visualize how to safely implement a citizen science project for a taxon that included venomous snakes! But 2005 was the time when digital cameras and GPS units were starting to become affordable. James’s brilliant idea was to merge the two technologies, so that the citizen science for the reptile atlas consisted of digital photographs of reptiles and their GPS coordinates. And so the Virtual Museum was born. The Virtual Museum contributed 6,709 of the 135,512 records in the reptile atlas (5%). In this context, the Virtual Museum records had a special value, because they were up-to-date, whereas the great bulk of the records were historical records of museum specimens.

Thanks, Quartus, for selecting four interesting records from the 10,577 moths submitted to  LepiMAP in 2018. The Expert Panel has provided identifications for 4,539 of these, and then it has often been to the level of genus, rather species. This is a measure of the complexity of doing the identifications. We all need to have the faith that, sometime in the future,  someone is going to see this photographic database as an incredibly valuable resource, and a goldmine of biodiversity information. But if you believe you have the taxonomic skills to help the expert panel right now, please contact us.