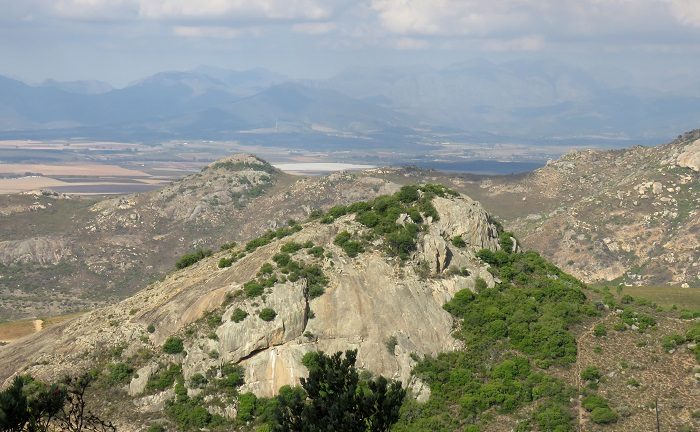 Team BDI explored the northwest corner of the Paardeberg on Saturday 7 April 2018. We visited the part of this mountain range which is closest to Malmesbury. Technically, the Paardeberg is a series of granite plutons – dome-shaped hills. It was called the Paardeberg because, when discovered, it had been inhabited by quaggas, which to the early settlers were horselike. This is a fascinating area, and one we plan to revisit. 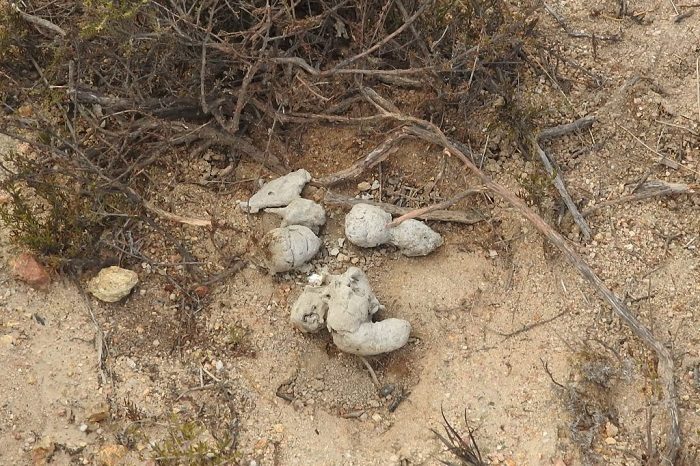 We joined an expedition led by Arnold van der Westhuizen to check two camera traps. Leopard scats had been reported here recently, and the cameras had been set up in the hope of confirming the presence of this seldom-seen animal. We found leopard scats and uploaded them to MammalMAP: http://vmus.adu.org.za/?vm=MammalMAP-24172 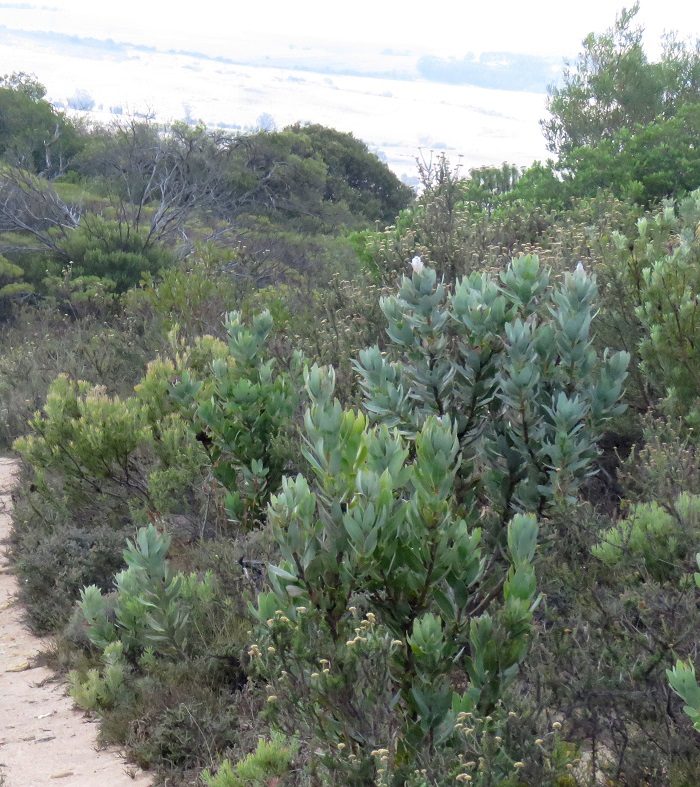 On the foothills of the Paardeberg, the main crop is grapes, but there was no water in the farm dams for irrigation this summer, and there was no harvest in the higher lying vineyards. Above the agricultural areas is a band of renosterveld. Go a little higher, and the proportion of plants which are proteas, ericas and restios increases, and renosterveld gives way to fynbos. 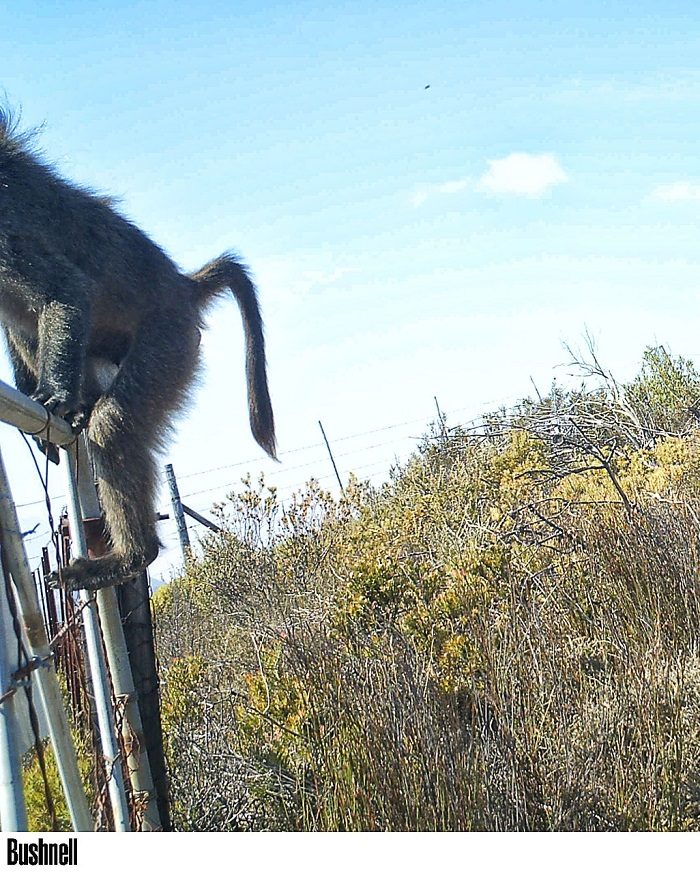 The camera traps had taken a total of 44 photos. All of them turned out to be baboons, and some were caught in some unusual poses! Maybe a leopard or two would help create a “landscape of fear” for the baboons. 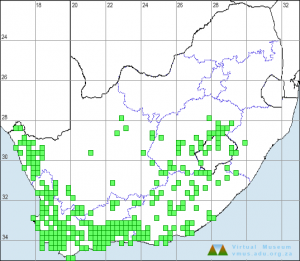 At the end of long, dry, drought summer, biodiversity was scarce. This was one of only two butterflies we saw. It is a Cape Black-eye Leptomyrina lara (http://vmus.adu.org.za/?vm=LepiMAP-645342) This is a species that frequently rests on bare ground, and did so for us. The Cape Black-eye occurs mainly in the more arid western half of South Africa, in Lesotho and it also occurs northwards into Namibia. This is the sixth record of the species in the Paardeberg, and the others have also been within a few kilometres of this spot. 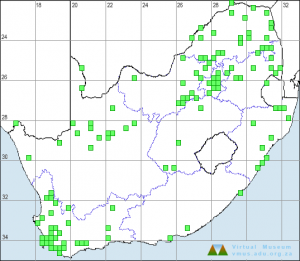 The Crimson Speckled Footman Utetheisa pulchella is a moth that flies in the daytime (http://vmus.adu.org.za/?vm=LepiMAP-645342). It looks like a white butterfly in flight; but when it is settled the red and black pattern on the white wings makes it instantly recognisable. These moths are unpalatable to birds; the bold wing colours serve as warning to predators: “I am toxic”, or, in technical terms, “I have a condition called aposematism.” The Crimson Speckled Footman has a wide distribution across Africa and southern Asia. The South African distribution map should show an almost continuous range.

We didn’t see any mammals, not even a baboon, but we did find this porcupine quill and submitted it to the MammalMAP section of the Virtual Museum (http://vmus.adu.org.za/?vm=MammalMAP-24182). 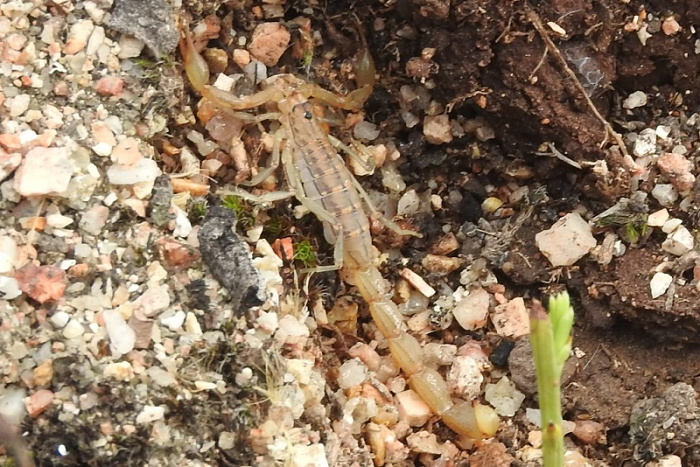 We are grateful to Arnold van der Westhuizen for being our guide.